This research is to improve students’ speaking ability in giving opinions and responding to another’s opinion through debate. The goal of language learning is to communicate. Therefore, it will be useless for a language learner who cannot use the language at the end of the study. As one of the English skills to learn, speaking stands as an important aspect to be learned and surely it can apply knowledge insight. Through English Debate as a technique, the students are expected to be more confident in delivering their point of view in many issues in whatever circumstances. The methodology of this research is a classroom action research which consisted of 3 cycles. The subject of this research was the tenth-grade students of  SMA Negeri 1 Baros, the class consists of 36 students. To collect the data, the researcher used the observation checklist and field notes. Through an observation checklist, the researcher observed students’ activity in the classroom and by using field notes, the researcher reflected the problem found. Based on the research findings, the debate technique which was applied to the subjects of research showed the improvement of students’ speaking ability. Based on the result of the researcher’s observation using the observation checklist and form of field notes, it can be seen that students’ speaking ability in giving opinions and responding to another’s opinion has been improved. The percentage of students’ activity in the classroom when debate, in the first cycle, was 57%, in the second cycle was 67% and the third cycle was 76%. It indicated that the debate technique had improved students’ speaking ability in giving opinions and responding to another’s opinion. The debate in language teaching contains the principles of the debate teaching-learning process, and the teaching procedures, which will discuss how it is conducted procedurally in the classroom.

Cahyono, B.Y. & Widiati, U. 2001. The Teaching of English as a Foreign Language in Indonesia. Malang: State University of Malang Press

This work is licensed under a Creative Commons Attribution 4.0 International License.

The names and email addresses entered in this journal site will be used exclusively for the stated purposes of this journal and will not be made available for any other purpose or to any other party. Journal of English Education Studies (JEEP) allow the author(s) to hold the copyright and to retain publishing rights without restrictions. 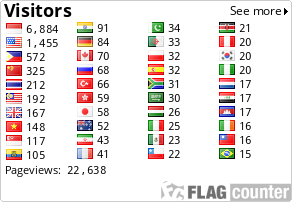